The Land You Couldn’t Give Away

Nellie stepped off the train at the El Toro station and looked at her surroundings.  It was hot and dry that day in 1903, and she knew already she was going to miss Washington.  Nellie gathered her things to load into the wagon. Again she looked at the brown hills, and kicked at the dry grass at her feet.  This was definitely not coastal Washington, where she had spent years as a teacher surrounded by green. “You couldn’t even give me this land!” she muttered, and got into the wagon.


John Gail, Nellie’s father, had served in the Civil War and had come west.  He was a respected shopkeeper and sold supplies to many of the local ranch owners.  He was amused by his daughter’s disgust.  John knew Nellie was accustomed to less-than-tropical areas.  Nellie had been born in Irving, Kansas, and spent her youth in Nebraska.  It wasn’t until she landed a job in Washington that Nellie found herself in more verdant surroundings. Besides. Nellie had visited him several times before.  This was no new visit to a remote desert. The grand Pacific Ocean was just a few miles southwest.


But on this trip, the striking Miss Gail drew the attention of one bachelor, some 24 years older than she.  Lewis Moulton was from a family of doctors and lawyers in Chicago, but Lewis was more attracted to “outside pursuits” rather than spending his daylight hours in hospitals and courtrooms.  He hit the road, to catch a ship from Boston to Panama.


He crossed the isthmus by train (the canal was not yet finished) and boarded another ship to San Francisco. He then embarked on yet a third ship heading south, and landed near Los Angeles.  From there he took a stage to Santa Ana, and it was in Orange County that Lewis Moulton decided to plant some roots.


Lewis landed a job tending sheep for Charles French, and it wasn’t too long until he was able to buy French’s business for himself. By the time Nellie came to town, Lewis had built a substantial livestock business, gone through one marriage, and had earned quite a reputation for recounting stories about his travels, how his family had been important players in the revolutionary war, and of his father’s friendship with Abraham Lincoln.


So it happened one day that Lewis was in need of supplies, visited John Gail’s shop, and met Miss Nellie Gail, who’s charm the area’s most eligible bachelor could not resist.  They courted for five years and were married in 1908. They settled down at Lewis’s Rancho Niguel home, known by the indigenous folks as Rancho “nee-well.”  It wasn’t long that “Niguel” became “Nellie Gail.”


The land Lewis used was rented, but with financing from his family, he and his partner, Jean Pierre Daguerre bought land that spread all the way to Big Bear.  Daguerre died in a carriage accident in 1911, and the business changed several times as Orange County became attractive to settlers. They switched from sheep to cattle, and the business lingered until Lewis died in 1938.  Nellie, who was more of an artist than a rancher, left the business of running to ranch to her daughters and the daughters of Daguerre.


Much of the Moulton/Daguerre story is sad. Both sides went through losses, and eventually the future of Orange County was to be found in houses and tech businesses, not cattle and farms.  They dissolved the business and divided the property between the two families in the 50’s.  Gradually tracts of land were sold to developers, but Nellie held on to a relatively small piece of about 350 acres.  Postwar homes and shopping centers sprang up on the old land of Rancho Niguel, now called Laguna Niguel, Aliso Viejo, Lake Forest, and Mission Viejo.


In her retirement, Nellie Gail Moulton was an avid supporter of the arts. She was a founding member of Laguna's College of Art and Design.  She served as president of the Laguna Art gallery.  She gave generously as well to the Laguna Playhouse, now called the Laguna Moulton Playhouse. When she passed away in 1972, she left her remaining land to Chapman College.


Chapman College did well with the land.  They sold it for $18,350,000 to developers, and the area is still referred to as Nellie Gail. Nellie Gail is today one of Orange County’s highest sought and continually valuable real estate locations.


The land she didn’t want turned out to be quite good for the strong young teacher and artist who came from Washington, met her husband, and married him. The Moulton’s shaped that land into the face of Orange County, and they will long be honored.
at March 24, 2019

In 1975, California, like the rest of the country, was dealing with cultural shifts.  Like cities struggled to find their own identities as ... 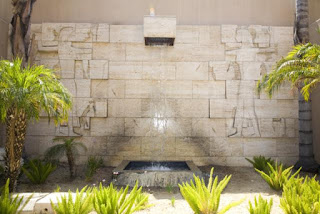