One of the first articles we wrote here at the OCYDS was about the Bandit of Tomato Springs and the first law enforcement officer to be killed in service.  As it happens, that tale unfolded near the site of another Orange County Treasure, Cook’s Corner.


Often called simply “Cook’s” by the customers, the bar has been attracting customers ever since 1926, when the son of rancher Andrew Jackson Cook took a small cabin on the family ranch and converted it into a restaurant for local ranchers and farmhands.  Earl Jack “E.J." named the place in honor of his father, who owned the surrounding 180 acres from a land grant in 1884.


Shortly thereafter, Congress passed the Twenty-first amendment, effectively cancelling out the 18th amendment that had introduced Prohibition to the country.  Now the country was still trying to recover from the stock market crash of 1929, and that gave E.J. the opportunity to sell alcohol at his little establishment hidden in the Trabuco Hills. Cook’s became a fully functioning bar, and business began to boom.


It became so good that E.J. decided to expand. In 1946, WWII had come to an end, and the Santa Ana Army base sold E.J. their old mess hall.  E.J. moved it to the ranch, and the business grew.


Because of its remote location (a fairly hidden spot in the scenic hills that made for a good ride), Cook’s became a favorite spot for bike gangs.  The movie Easy Rider was making riding motorcycles cooler than ever for an alternative crowd, and Cook’s was regularly surrounded by rows of motorcycles.  Now an official roadhouse, E.J. sold his little tavern, the house, and a surrounding 40 acres to to Victor Villa and Volker Streicek, owners of a popular motorcycle parts shop in Santa Ana.


Villa and Streicek were proud that their establishment, away from the prying eyes of regular law enforcement, seldom encountered trouble even when rival bike gangs showed up at the same time.  They enforced a rule: no club was ever allowed to fly their club’s colors during their stay. Cook’s belonged to no gang, and so every gang was welcome. It became neutral ground, and peace prevailed.


As OC became more citified, Cook’s became less of a remote site as housing tracts encroached nearer to Santiago Canyon. Now baby boomers were arriving; husbands and wives with their pink leather and sparkling motorcycle helmets showing up… and then they began to bring their older kids.


Today, Cook’s remains somewhat removed from the beaten path, and many of the rough and tumble customers from the old days remain as the wise sages in residence.  Millennials come and listen to bands play at the well-equipped stage, Cook’s sponsors regular events, such as fundraisers for CHOC and even an annual “blessing of the bikes,” courtesy of nearby St. Michael’s Abbey.  There are hiking and riding trails for plenty of off-road adventure.


You can visit Cook’s at 19152 Santiago Canyon Rd, Trabuco Canyon, CA 92679. Be sure to check out their website for hours and upcoming events. www.Cookscorners.com 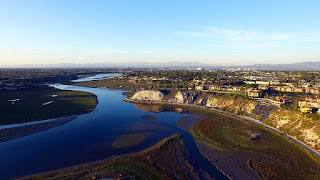